available in the following editions:

Concerto Gaucho was composed for Oregon native and trumpet virtuoso Tim Morrison. The work's central building blocks stem from the African-influenced music of Uruguay, which is the birthplace of Oregon Symphony Music Director Carlos Kalmar, to whom the work is dedicated.

The gaucho was traditionally known as a horseman who freely traversed and lived off of the unclaimed lands of Uruguay's Rio de la Plata region. The gaucho symbolized freedom and mobility during the first half of the Nineteenth Century and came to represent a national heroic archetype in Uruguay and throughout the southern cone of South America.

Typically equipped with a guitar, the gaucho was a wandering minstrel of sorts, performing music that described the vagabond's life. The trumpet soloist is the protagonist of Concerto Gaucho, which features two distinctive musical identities indigenous to the Rio de la Plata region - the milonga and the candombe. The slow, lyrical second movement of the concerto is based on the milonga, a song form that was a hallmark of the payadores (folk singers of improvised verse) who, by the end of the Nineteenth Century, played a vital part in preserving the vanishing image of the world of the gaucho. The lyrics of the milonga often featured political, historical, and patriotic themes that helped chronicle real historical events and pay tribute to local heroes, especially the gauchos. Concerto Gaucho's milonga is newly composed but features musical traits characteristic of the payadores' song, including its distinctive rhythm. The rigid formal scheme is structured on the payada - a singing duel between two payadores (or in the case of the concerto, interplay between the trumpet soloist and the orchestra). The payada form of the milonga utilizes decimas, ten-line stanzas with specific rhyme patterns. The wordless milonga of Concerto Gaucho utilizes the same decima structure but replaces the rhyme scheme with corresponding phrase structures. 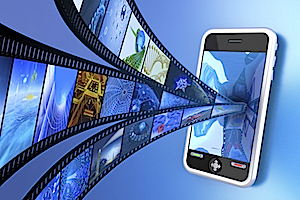 The first and third movements of Concerto Gaucho are created from the energetic candombe – an African-derived rhythm that has been an important influence on Uruguay’s musical culture for more than two centuries. The Candombe’s unique rhythmic structure is achieved by layering three separate drum patterns, each named for the specific drum that performs that pattern – the piano drum, chico drum, and the repique drum. The three short, repetitive drum patterns that comprise the candombe, along with the madera – the rhythmic ‘key’ to the candombe – provide nearly all of the rhythmic elements for the outset movements of the concerto. As with the formal construct found in the concerto’s milonga section, the decima plays a vital role in structuring the two candombe movements. Similar to the “fast-slow-fast” structure of the traditional concerto form, Concerto Gaucho’s three movements are performed one after another with no musical breaks. This uninterrupted flow, in combination with the reprise of the candombe for the third movement, gives the work a sense of one large, continuous musical expression. Concerto Gaucho pays tribute to the wealth of historically-enriched music indigenous to Uruguay, which is rarely heard outside of its region.

Formerly Principal trumpet of the Boston Symphony Orchestra and the Boston Pops Orchestra, Tim Morrison (pictured) now pursues a career as a solo and studio musician. Tim Morrison’s career as an orchestral soloist, recording artist, and master teacher spans over three decades. As an orchestral soloist, Mr. Morrison inspires audiences with his singing, lyric sound and purity of tone. He has appeared with orchestras around the world, including the Orquestra Sinfonica del Estado de Mexico, the Albany Symphony, the Caracas Philharmonic, the New Hampshire Symphony, the Oregon Symphony, the Taipei Symphony Orchestra, the Boston Philharmonic and Boston Classical Orchestra. At the invitation of Seiji Ozawa, he was featured with the New Japan Philharmonic in Tokyo and Ozawa’s famed Saito Kinen Orchestra. Mr. Morrison was also a member of the acclaimed Empire Brass.

Tim Morrison is a favorite soloist of Pops Conductor Laureate John Williams. This appreciation has led Williams and other noted film composers to write specifically for Mr. Morrison in their scores. Mr. Morrison has been featured on the soundtracks of such films as Nixon, Apollo 13, JFK, Born on the Fourth of July, Patriot, Amistad, and Saving Private Ryan. He made his European debut performing John Williams’ Trumpet Concerto with the Rotterdam Philharmonic. Mr. Morrison is also in demand as a clinician, having been invited to work with students in Japan, Spain, Venezuela, Canada, Switzerland, and the U.S.

For Concerto Gaucho, Mr. Morrison collaborated with composer Kevin Walczyk to write something atypical in the trumpet-concerto genre. The South-American influence – a favorite of Mr. Morrison’s, was agreed upon. Mr. Morrison also asked for long, lyrical passages that are his trademark.

INSTRUMENTATION FOR EACH EDITION