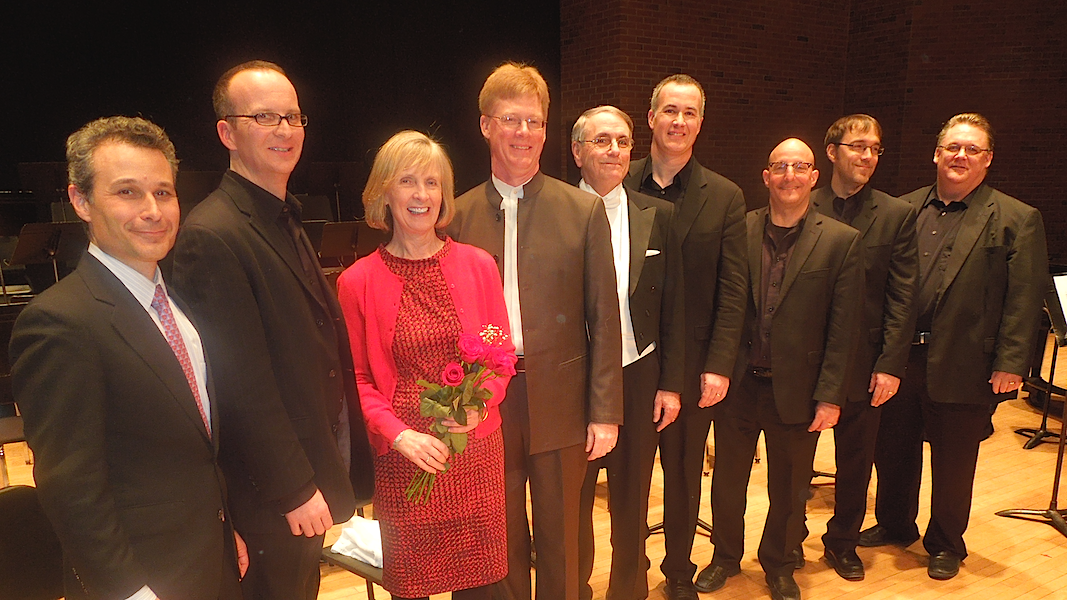 STORRS, Connecticut – Kevin Walczyk’s work Symphony No. 3 – Quintet Matinee is the 2012 winner of the Raymond and Beverly Sackler Composition Prize. It debuted in two performances: Thursday, Feb. 27, at von der Mehden Recital Hall in Storrs, and Saturday, March 1, at Ferguson Library in Stamford.

The performances featured the Atlantic Brass Quintet – one of the world’s finest brass ensembles, which includes trumpeter Louis Hanzlik, associate professor of music – and the UConn Wind Ensemble. The program was conducted by Jeffrey Renshaw, chair of conducting ensembles at UConn and artistic director of the Sackler Prize competition.

Under the format of the program, the winner of the Sackler Composition Prize receives a $25,000 award and has a year to complete the new work before introducing the composition in performance. Symphony No. 3 will also be recorded by the Atlantic Brass Quintet and the UConn Wind Ensemble for release on the Summit Records label.

“This was a very unique competition, by far the most rigid application process I’ve ever been through in nearly 30 years,” he says of the Sackler Prize. “It’s being adjudicated at a very high level. It’s very humbling to have won this award.”

Speaking from his office in Monmouth, Ore., the composer says he wrote his proposal for the composition after researching the musicians who make up the Atlantic Brass Quintet in order to take advantage of the strengths of each player and utilize the talents of each.

“I noticed the musician’s like for jazz and improvisation. There are sections of the symphony labeled ‘funky’, ‘jazz rock fusion’, and a ‘hip-hop’ section for [trumpeter] Andrew Sorg, who recently released a CD with selections that were influenced by hip-hop,” Walczyk says. “I put that into the proposal, not knowing if it would be accepted. Fortunately it came through on the plus side for me.”

Walczyk says that when writing a new work he starts by sketching at the piano. He then prints out a blank score that represents the complete instrumentation and begins orchestrating each section of the work by hand.

“A very important part of the process is determining how the work’s form will have an overarching flow,” he says. “Without that it could sound random and lack continuity. Once I’ve orchestrated the handwritten score, it’s about 90 percent complete. Only then will I go to a computer for the purpose of notating the score and each individual part. During that process I will further refine the orchestration and dress it up with more color, especially percussion.”

In addition to his writing for professional orchestras and ensembles, which he says provides the opportunity for more sophisticated composition, Walczyk often composes for elementary and high school bands and ensembles, recalling his experience as a young music student.

“That’s the educator in me coming out,” he says. “My undergraduate degree is in K-12 instrumental music education – a band director. I have a great connection to those pieces for young ensembles. I want to ensure that my work is a quality repertoire for young ensembles. It’s a challenge because you have to put a lid on technique and understand what young musicians can and cannot do. I’m educator-oriented because I know how music affected me in a positive way in my formative years.” 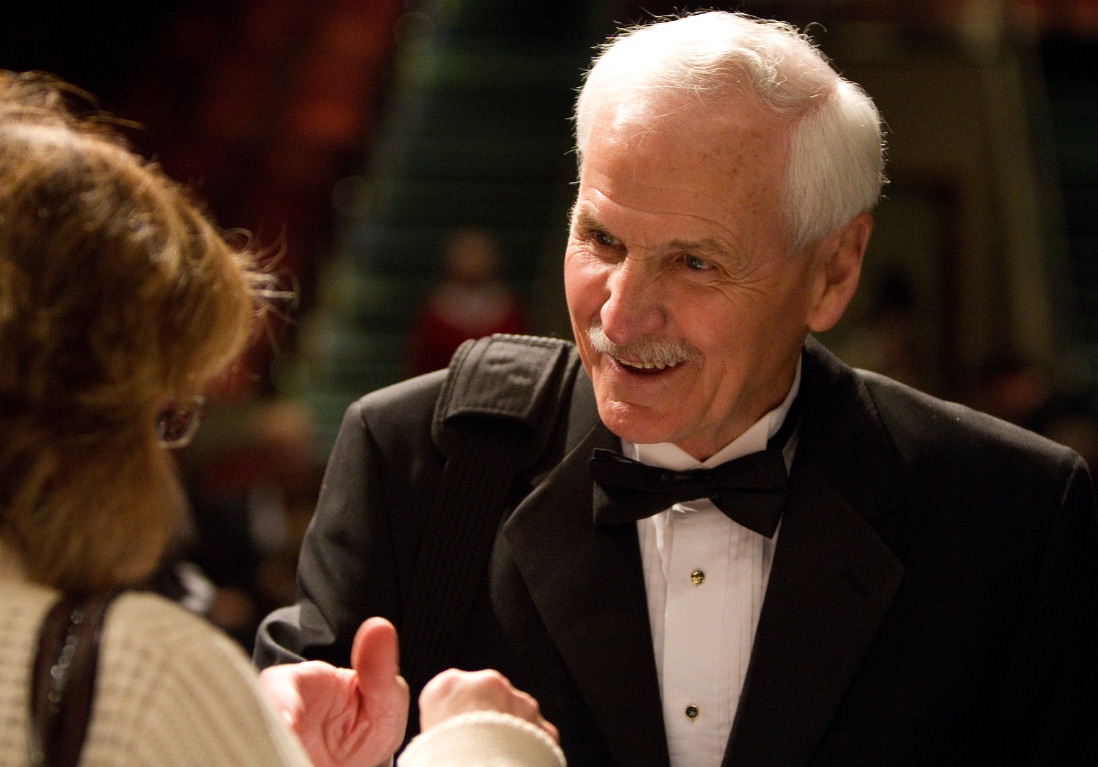 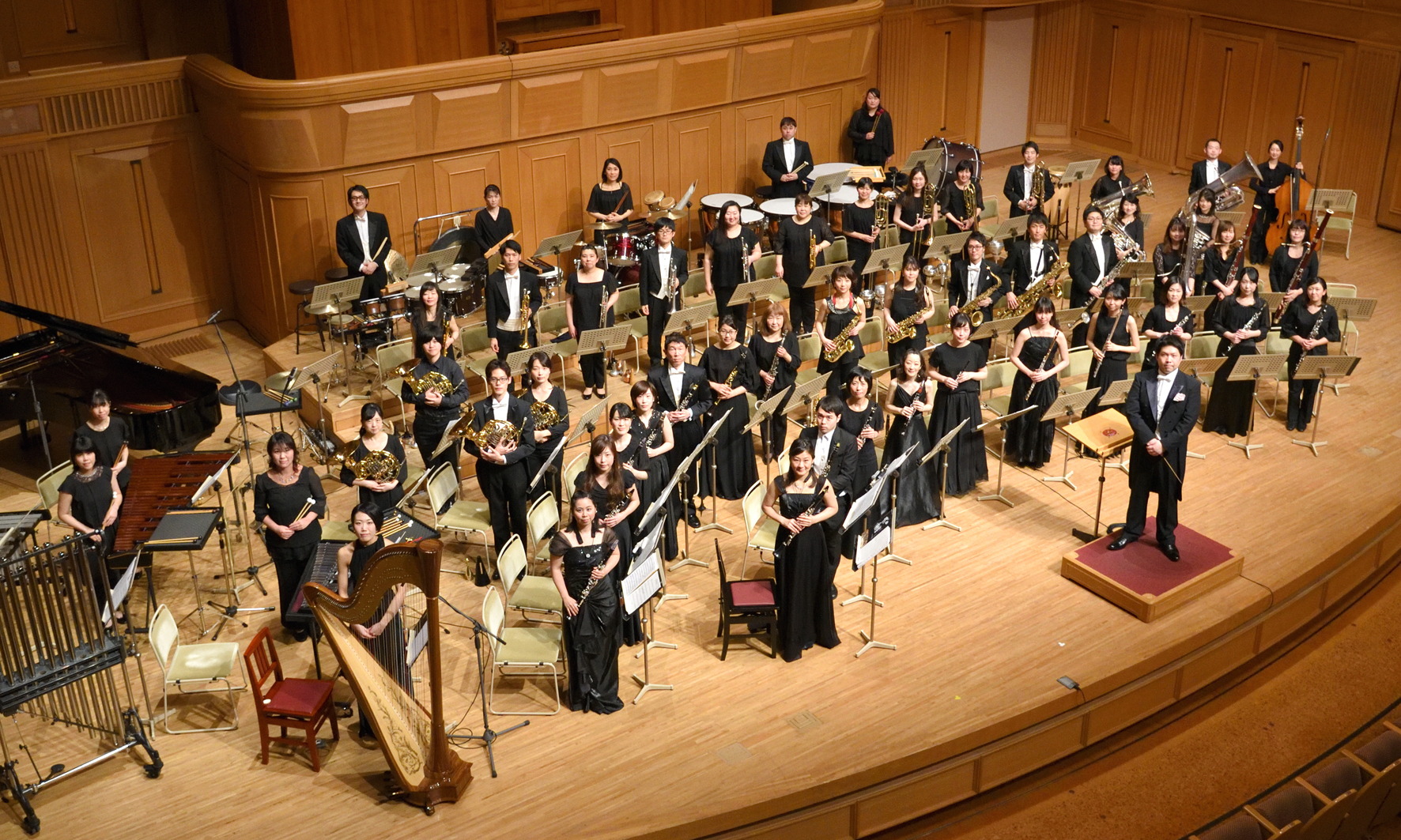